The skies have opened. A deluge pounds the thirsty ground outside with authority. 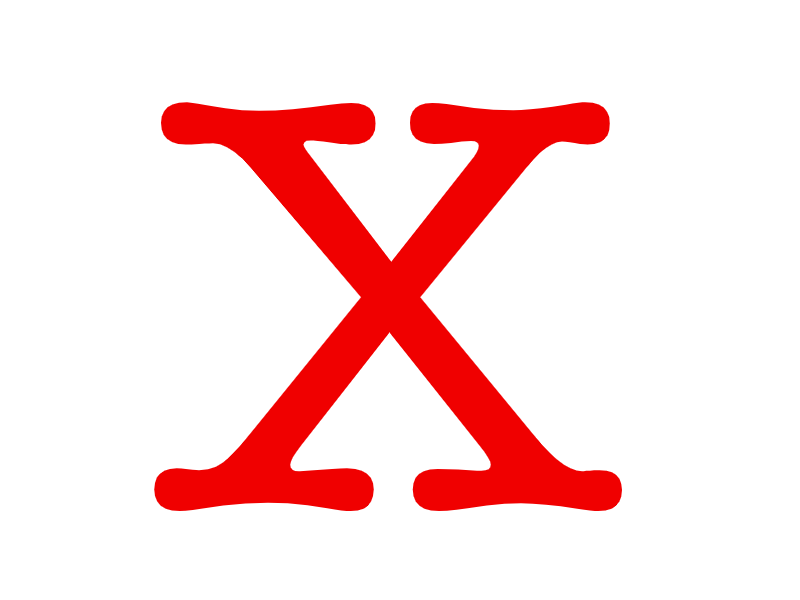 Drops the size of quarters fall straight down like little wet bombs that explode as they hit the ground, moistening the dirt in a blast area several times the circumference of their initial impact.

There may be no “X” on my calendar today.

I began this month a new habit, marking each day that I ride my bike. I mark an X each day regardless of how far the ride: around the block, five miles or a dozen. The X doesn’t note how far I ride, only that I did, that I made the effort, that I tried. In that way, I suppose, the X is both a notation and a reward.

Often, people focus on how far they rode. You see online bicycle forums filled with “I did 48 miles today,” and “64 miles in the Blankety Blank Metric Century!” Good for you, I say. It’s good to push your limits and you should be proud of it when you do. All accomplishments should be lauded, although, maaaaaybe not publicly. Calm down.

I don’t want to boast about my big miles, mainly because I haven’t clocked any lately, I suppose. I do the rides I can do within the constraints of daily life and I pant and pant and I get home and I reach for the sharpie that eagerly awaits me below the calendar, and then I shower and get on with my day. They’re not big miles. At most, it’s 12. But it’s 12 miles every day I can. And I keep at it. After awhile, you’re talking about some distance. You Metric Century folks? I’ve clocked more than twice that in less than two weeks.

A little at a time. Inch by inch. Mile by mile and day by day, I ride, marking the occasion in black Sharpie on my kitchen calendar like a school kid counting down to summer vacation. I think this is a good practice, especially for beginners, or those climbing back on the saddle after some time away.

Here’s why: Bicycling, at least in the U.S., has been taken over by a cabal of Bicycle Oligarchs (Think companies such as Trek, Shimano, Specialized). They’ve taken ownership of bicycling for their own profit, repackaged it and sold it back to regular humans as an Elite Sport™, something that takes special equipment, specific clothing, expensive machines, purpose-built shoes that bind you inextricably to the bike. The message is loud and clear: If you ride a bike, you must be a Cyclist ™.

Riding bikes is fun. You knew it as a kid, instinctively. You got on your bike and you freaking rode — everywhere, all the time, wearing whatever you had on. You rode recklessly, wontonly, fast and hard. Sometimes you rode slow and soaked in your surroundings, alone. Sometimes you marauded around the neighborhood with a mob of your friends, a clot of human-powered rebels clogging the streets. But no matter what, riding was always awesome. It was you and your bike and no one to tell you what to do or where to go or how to get there. It was the very definition of freedom.

It still is. Don’t let the Bicycle Oligarchs tell you differently.

You don’t need bicycle clothes. You don’t need fancy shoes. You don’t need anything but your feet and a bike — any bike, pretty or ugly or light or heavy or pink or whatever. I promise you, it’ll be just as much fun as it was when you were a kid. How do I know this? Because bikes. Rock.

Maybe it’s unfair, but I think boasting about how far you rode plays into this myth of the Cyclist ™. Peer pressure is a strong force. Loose talk about Big Miles, I think, prevents others from joining in the bike fun. I think it prevents beginners from voicing the joy they feel after finally dusting off that lonely old cruiser in the garage and realizing after taking it for a spin around the block that, hey — you know what? —  that was freaking awesome. It wasn’t a metric century, no, but that ride around the block was far more important. Everyone who rides should stoke that epiphany, not bury it in a pile of Big Miles.

More people need to be encouraged to shun the myth of the Cyclist ™ and ride a bike, however far or near, however fast or slow, without putting on specific clothes. Bicycles are probably the most democratic machine ever built, but the bicycle industry could benefit from a good democratization. Bicycling, generally speaking, could use many more bike riders, and far fewer Cyclists ™.

That’s what drives my calendar Xs, I suppose. It’s me forcing a little bit of bicycle democracy into the industry’s undemocratic oligarchy. It’s my own Bicycle Rider rebellion-of-one against The Cyclists ™.

Mine is an open rebellion. All are welcome. Let’s ride!